Gamelan for all at the Southbank Centre

Gamelan (Creative Commons)Would you like to try your hand at percussion? The Southbank Centre is offering Gamelan taster days and courses for all abilities starting in April and May.

Would you like to try your hand at percussion? The Southbank Centre is offering Gamelan taster days and courses for all abilities starting in April and May.

Home to a Javanese Gamelan, the Southbank Centre is opening its doors to everyone over the next few months offering the chance to come and try out the fascinating instrument.

Southbank is running Gamelan taster sessions for families and adults in April and May as well as Gamelan courses that run into the summer. Playing the gamelan is a rewarding and social activity and a fantastic way to explore another culture. Classes can inspire self-confidence, improve coordination and listening skills, and encourage team building. A great chance to try something new!

The Javanese Gamelan is a percussion orchestra in itself. It comprises an array of gongs, drums and metallophones which produce rich, sonorous, and mesmerising sounds. It is commonly regarded as one instrument played by lots of people. As well as the central percussion instruments a Gamelan ensemble may include other instruments such as the flute or the zither. Gamelan players, as in any music ensemble, must therefore be highly skilled at listening, working together and collaboratively shaping a performance.

In the west composers such as Debussy, Messiaen, Reich and Björk have taken inspiration from Gamelan music and the rich culture that it is a part of. Traditionally in Indonesia Gamelan accompanies wayang puppet performances, dance, rituals and ceremonies. Indeed the Gamelan is so important in Indonesian rituals it has given rise to the saying:

It is not official until the gong is hung

The Gamelan at the Southbank centre was a remarkable gift, presented as a gesture of friendship from the Government of the Republic of Indonesia to the people of Great Britain in 1987. As is traditional for important Gamelan ensembles, the Gamelan was given a name: ‘Kyai Lebdha Jiwa’ or ‘The Venerable Spirit of Perfection’.

The Southbank Centre’s Gamelan Programme, founded by Alec Roth and facilitated by a core group of Gamelan experts, has reached thousands of people and provided many opportunities to play these wonderful instruments. Today there is a thriving community of Gamelan players in the UK from novices to professionals and over 100 Gamelan ensembles.

To take part in one of the many sessions available at the Southbank centre no previous musical experience is necessary, just a willingness to sit on the floor, take off your shoes and have fun.

Find out more about the various sessions available and about the gamelan itself. 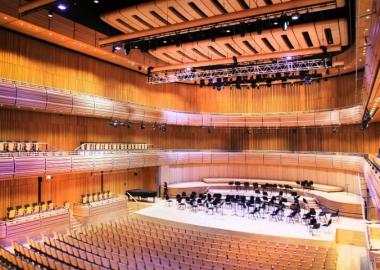 Making Music
News
My first time on the cello
Andy Jackson, the inspirational leader of the Cobweb Orchestras, thought the best way for me to get an idea of how they work would be to join in one...

Making Music
News
Learn to Play Day 2016 – 12/13 March
National Learn To Play Day is back for its fifth successive year on Saturday 12th and Sunday 13th March 2016. Organised by Music for All, the...

Making Music
News
Get funding and run a Learn to Play Day with...
Music for All is the charity of the musical instruments industry and its motto is ‘making more musicians’ – something that chimes...