The Man in the Straw Hat

The Fleet Singers – being a very ambitious lot – are always able to rise to the challenges that they set themselves musically, so when they commissioned celebrated local composer Benjamin Till to come up with a new project they were ready and willing! They decided they would like to perform a concert commemorating the centenary of Sir John Betjeman’s death, as he was born and lived in the local community and he was baptised in St Anne’s, the church where the choir often perform.

Their first encounter with Benjamin Till was six years ago, when they asked him to write something for their Diamond Jubilee. They weren’t sure what they wanted, but with Ben’s coaxing and expertise they ended up with a fantastic piece, incorporating the choir member’s own stories about the weather, spanning the years from the fifties up to the noughties!

The initial part of the Betjeman project was for the choir and other members from the local community to participate in a poetry workshop, led by well known poets John Hegley, and Cicely Herbert. Betjeman’s poems were used as a base for participants to create their own poems, based on their own memories of the area. Benjamin then skilfully set these poems to music, and he named the piece The Man in the Straw Hat, as Betjeman was known for his boaters!

Safe in a world of trains and buttered toast where things inanimate could feel and think.

As a member of the Fleet Singers, I’ve found the whole process challenging but great fun, and enjoyed both the poetry workshop and the extra sectional rehearsals with Ben, who is talented, lively and very motivating! Having written one of the poems that was included in the piece I have especially felt very moved, singing about a very sad and personal moment in my life.

The night of the concert was spectacular; people came from far and wide to witness this world premiere and we sang to a house that was so full people were even standing! After the concert one of the choir member’s said, 'I enjoyed that, I am just sad we may not do it again!' and an audience member remarked on how moving the performance was.

Find out more about the Fleet Singers. 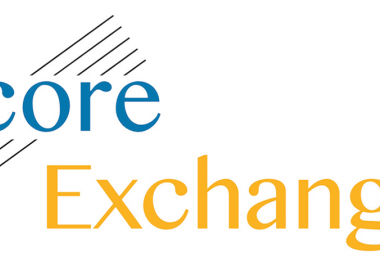 Making Music
News
Welcome to our new corporate supporter Score...
Score Exchange is an international marketplace for buying and selling sheet music. Featuring over a million pages of music, performers of any ability...

Making Music
News
Choirs: celebrate the centenary of women winning...
Today is the 100th anniversary of the Representation of the People Act 1918, a piece of legislation that enabled all men and some women over the age...