Find out about the 2016 winners of the Philip and Dorothy Green Award for Young Concert Artists.

The winners can be engaged by Making Music's 3000+ members - music clubs, amateur choirs and orchestras - at fixed fees and substantial subsidies, thanks to the generous funding by the Philip and Dorothy Green Music Trust. Artists gain valuable performing experience at the beginning of their careers and often forge lifelong relationships with groups all over the country, and voluntary music groups benefit from the substantial subsidy to book the best young soloists at an early stage in their professional careers.​

Winner of the Netherlands Violin Competition 2016, Michael had his solo debut with an orchestra aged just eight years old. He won the BBC Young Musician of the Year Tabor Award in 2008 and the Royal Overseas League String Competition in 2013, and was concertmaster of the National Youth Orchestra of Great Britain. Graduating from the Royal Academy of Music in 2015, Michael’s 2015/16 season includes recitals at Wigmore Hall, Southbank Centre, Bridgewater Hall, St. Martin-in-the-Fields, the Concertgebouw and New York Chamber Festival.

Born in 1989 in Ukraine, Dinara started piano lessons in the age of five. She studied at the Moscow Central Music School before training at for a Masters of Performance at the Royal College of Music.She has won over 15 international competitions and has worked with orchestras including The Philharmonia Orchestra, Lucerne Symphony Orchestra and the St Petersburg Philharmonic Orchestra.

British soprano Raphaela Papadakis trained at Guildhall School of Music and Drama, and made her professional début at Garsington Opera in 2014. She went on to cover the Nymph in Orfeo at the Royal Opera House, and recently performed the role of Anna in the British première of Šimon Voseček's Biedermann and the Arsonists for Independent Opera at Sadler’s Wells. She won first prize at the Mozart Competition, the Clonter Opera Competition, and the Maureen Lehane Vocal Award.

Originally from Bulgaria, Yoanna is currently studying at the Guildhall School of Music & Drama. She has recently appeared at the Wigmore Hall, Barbican Hall, LSO St-Luke’s, St-James’s Piccadilly and has had her performances broadcast on BBC Radio 3 and CBC Radio 1 Montreal. Yoanna has participated in several renowned festivals such as the Music Academy of the West in California, the Banff Centre in Canada and the Kronberg Festival in Germany.

Júlia was born in Hungary, where she began her violin studies at the age of five. She studied at the Franz Liszt Academy of Music in Budapest for six years before moving to England. She is currently in her final year of studying for an MA at the Royal Academy of Music, where she also holds a chamber music fellowship with her ensemble, Trio Mirage.

Laura is the winner of numerous national and international awards including the Ivor Mairants Guitar Award (where she won first prize), the Tillett Trust, St John’s Smith Square and International Guitar Foundation’s Young Artists Platforms. In 2015 she gave a recital at Wigmore Hall and performed live on BBC Radio 3’s In Tune. As a composer, Laura’s music has been played on BBC Radio 3 and premiered at Sadlers Wells and Deal Festival.

Rosalind studied at Guildhall School of Music and Drama and Cambridge University. She has given recitals at the Royal Festival Hall, Wigmore Hall, Bridgewater Hall, Aldeburgh Festival, St Martin in the Fields, among others, and has performed live on BBC Radio 3. A winner of five prizes at the 2013 Tertis Competition, Rosalind will this year take part in a residency at Yellowbarn, MA, and record a new work by Rory Boyle on Delphian.

Find out more about the Award for Young Concert Artists and how to book the 2016 winners. 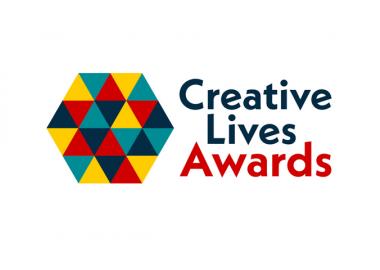 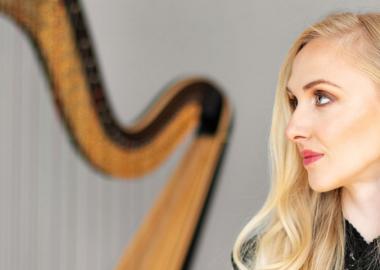