Music education for under-18s is a much-discussed issue. However our members – lifelong learners themselves – know the benefits of music for everyone, whatever their age. We asked them to tell us their key concerns around music education at all stages of life, and how we could tackle them.

Two consecutive member surveys have told us music education is an important issue for Making Music members – overwhelmingly adult leisure-time music groups – and one on which they’d like Making Music to take action.

But what is the most appropriate action, and what are members’ greatest concerns? Where do they see the biggest challenges, and are they ones Making Music is best placed to tackle itself or ones on which we should be collaborating with or supporting other organisations’ work? Finding that out was therefore the first aim of the survey.

And: what is music education? It is sometimes debated as if it stops at 18, unless you are going on to become a professional musician. That is of course not so, as shown by the estimated 800,000 individuals participating in leisure-time music groups throughout the UK on a regular basis. Are they not learners? Do they not need support, training, development, and progression opportunities?

Our second aim was to identify what the barriers are to music education for over-18s, and how they might be overcome.

Finally, the government review of the National Plan for Music Education, the Music Education Council’s consultation on this, ABRSM’s Music Commission and research from the Musicians' Union have all further encouraged us to get a better view of what our members think, and to start the debate on how Making Music and its members are best placed to support music education and to advocate for it with relevant policy-makers, both for under- and over-18s.

What are the findings?

Music education for under-18s should above all:

As one respondent pointed out, if you don’t know what’s out there, you might not find the music that’s for you. Respondents agreed that inspiration and appreciation come first – and for everyone. Access is a recurring theme throughout the responses to all questions.

The biggest barriers for under-18s in music education are:

It makes sense that where schools don’t provide access to pupils with free lessons, instruments and extra-curricular activities – maybe because school leaders are unaware of the benefits – young people whose parents are also unaware of these benefits will almost definitely miss out because they do not have a family ‘compensating’ for the lack of opportunities on offer from their educational establishment.

The single biggest barrier to participation in musical activity for over-18s is lack of confidence, in all age groups and in all abilities – whether complete beginners or returners. The second surprise perhaps was the issue of practice space. Other challenges were more expected, such as lack of opportunities or lack of awareness of them, lack of time, and cost.

Solutions can be found:

Suggestions include providing inspiration to take up or return to music (with ‘people like you’); ‘trigger events’ which enable ‘having a go’ at music in a non-intimidating setting; music education hubs widening their remit to include over-18s; employers playing their part by providing practice space; and developing the idea of peer-to-peer learning to instil confidence.

There were no surprises here, only confirmation of our previous anecdotal evidence that they overwhelmingly do not interact, with notable exceptions, with music groups in their communities.

66% of respondents had had no contact with their music education hubs in the six years of the hubs’ existence.

Given that the overwhelming majority of the under-18s will not become professional musicians, and seeing the now abundant evidence for the benefits of music-making in terms of adult mental and physical well-being, it is disappointing that there is not at least mutual awareness and signposting between hubs and community-based music groups.

The notable exceptions we know of go beyond such signposting, and have built mutually beneficial partnerships which allow the hubs to use the expertise, enthusiasm and goodwill of music groups to support 5-18 year olds, and which allow groups to share the rich and varied musical activity they engage in with a new generation of potential recruits and audiences on their doorstep.

What will Making Music do with these findings?

We surveyed our members about their views on music education to help us find out what action we can take. 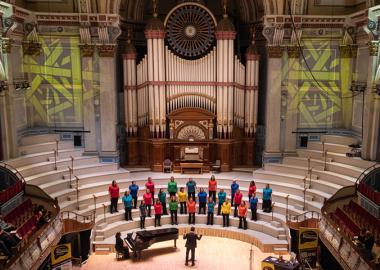 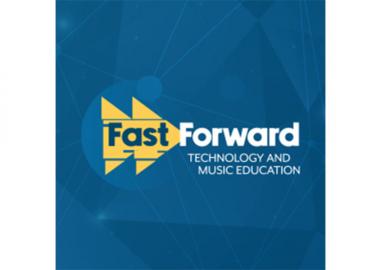 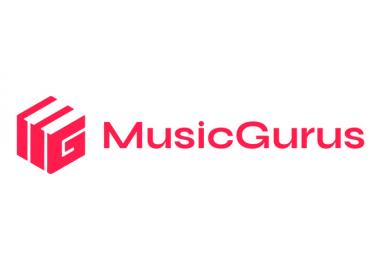