One of the most performed living composers in the world, Sir Karl Jenkins’ prolific career spans the music worlds of classic, jazz, advertising and film. In 2015 he was confirmed as the most popular living composer in Classic FM’s 'Ultimate Hall of Fame'.

The Board of Making Music was unanimous and enthusiastic in selecting Sir Karl Jenkins for this award, given the accessibility and enormous popularity of his works with leisure-time choirs in particular up and down the country, introducing new generations of performers and their audiences to ground-breaking work from a living composer.

“It is with great pride that I accept the prestigious Sir Charles Groves Prize for 2016. In these difficult times for music subsidy, and governmental indifference, Making Music does a huge amount of work in supporting and promoting this aspect of the nation’s cultural life. I feel honoured to have been asked.”
Sir Karl Jenkins

“Making Music is delighted to be recognising Sir Karl Jenkins fantastic contribution to music with our prestigious Sir Charles Groves Prize. Many of our music groups find not only that his music speaks to them, but that it is accessible and allows them to engage with new music and issues in today’s society. Sir Karl’s music transcends traditional genre classifications and brings communities together, which is very much in the spirit of what our members do, week in, week out, across the UK.”
Barbara Eifler, Making Music Executive Director

The Sir Charles Groves Prize is awarded bi-annually by Making Music to an individual or organisation that has made an outstanding contribution to the cultural life of the UK, with past recipients including Sir Colin Davies, Gareth Malone and the Glastonbury Festival of Performing Arts. The award was established in 1990 in honour of the lauded English conductor Sir Charles Groves who, along with his wife Lady Hilary Groves, gave exceptional support to Making Music during his lifetime.

Adopt a Composer: Pressing pause
Welcome to new Corporate Member, Polyphony Arts
Blog: Waiting for the green light
Bring Back My Choir / Bring Back My Band
Disappointing and unjustifiable guidance on performing arts issued by DCMS 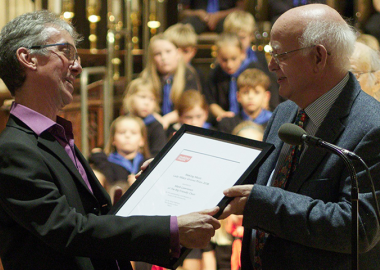 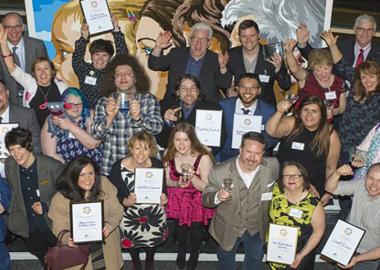 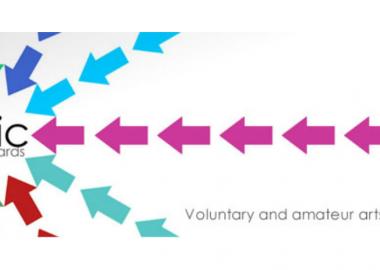 Making Music
News
Epic Awards 2016: Nominate now!
Are you involved in a group that is doing something new and interesting? Have you struck up an interesting collaboration, inspired others or solved a...