Raymond Briggs’ Christmas classic will be walking in the air around the north of England this year, with a full orchestra in tow to provide Howard Blake’s music. And that’s only half the story. Robert Beale reports

The Snowman, with live music by a full orchestra – it’s a dream Christmas treat for families, and orchestras all over the country (not to mention all over the world) are getting in on the act.

But on the tour scheduled for the north of England by the enterprising, locally-based, Carrot Productions, there is extra magic this year. Last time around they showed it to 15,000-plus people at 27 venues, and the Guardian made it No 2 in the ‘Top 10 Things To Do At Christmas’. This time it’s going to be even bigger, with 33 performances at venues including Halifax, Southport, Chester, Blackpool, Sheffield, Bolton, Hull, Bradford and Warrington, school shows in Buxton, Derby, Chesterfield, Burton-on-Trent and Matlock, plus a free one for the Royal Manchester Children’s Hospital. The conductor will be Steve Magee.

Bigger – and better, because alongside Dianne Jackson’s iconic animation there is a completely new one, exclusive to Carrot Productions, to music from Tchaikovsky’s Nutcracker Suite. It is an original film creation by Manchester’s Tom Scott. It, too, tells a Christmassy story and looks set to enchant
all ages.

Tom Scott, like his brother Jonathan, is Manchester born and bred and trained at Chetham’s and the Royal Northern College of Music. Both have prodigious solo careers (Jonathan as virtuoso organist and pianist, Tom as virtuoso pianist plus composer) – and they also perform as The Scott Brothers Duo.

Jonathan Scott, 37, is often seen as organist and pianist with the Hallé and BBC Philharmonic and has a highly successful series of solo lunchtime organ recitals at the Bridgewater Hall. Tom, 34, who played Prokoviev’s first piano concerto with the Hallé when he was just 17, is also a tutor at the University of Manchester and the RNCM, and the engineer and producer of their many joint and individual recordings. (He can also do a mean George Formby impersonation with his little banjulele.)

It is not the first animated film Tom Scott has created. He has already transformed The Carnival of the Animals into cartoon film, and his PhD was on the relation between sound and visuals. His animations have been used in the classroom and already in live concerts all over the world. ‘When working with music from the Nutcracker Suite, ideas occurred quite quickly,’ he says, ‘as most movements represent different characters and objects.

So, as the Chinese Dance has lots of pizzicato string sounds, ‘I imagined this could be tea pickers plucking tea leaves,’ he says, ‘and the tambourine in the Arabian Dance became the hiss of a snake, while the musical flourishes in the March became decorations flying up into the air and landing on a
Christmas tree.

You can get a taste of Tom Scott’s work online: see www.tomscott.info/nutcracker-suite-animation.htm and www.tomscott.info/carnivaloftheanimals.htm. Full details of The Snowman north of England tour are on www.carrotproductions.com/tour-dates.html

This article was originally published in the December issue of Classical Music magazine, a Rhinegold Publishing title. Find out more about Classical Music at www.classicalmusicmagazine.org or subscribe at rhinegold.subscribeonline.co.uk 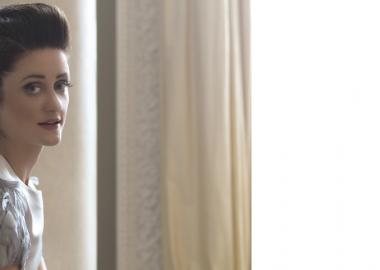