We were sad to hear of the death on 14 March of Sir Peter Maxwell Davies (1934-2016), world-renowned composer, conductor and Making Music President for 27 years.

Whatever reputation he may have had as an enfant terrible – cheerfully watching Prommers storm out of his performances in the 1960s – Sir Peter Maxwell Davies, known by everyone affectionately as ‘Max’, always cared deeply about connecting with audiences and performers.

This is obvious in the wide range of his compositions, which include adult and children’s operas, symphonies, piano, chamber and vocal music, comic, tragic and political (he was passionate about environmental issues) works.

Nor was it a one-sided relationship: many of his pieces have been championed by amateur groups, not least The Kestrel Road, for SATB chorus and piano, co-commissioned and performed by 49 National Federation of Music Societies (now Making Music) member groups in honour of his 70th birthday in 2004.

Max became President in 1989 succeeding Sir David Willcocks. He was only the second composer to hold the post, the other being Vaughan Williams.

He was an ideal fit for an amateur music organisation. His pioneering work with children, his sense of community, the works he wrote for choirs and the life he made in the Orkneys.

The Three Kings (1995) which was commissioned by the London Symphony Chorus was dedicated to us.  The dedication as I recall reads: "Dedicated to the members of the National Federation of Music Societies in its Diamond Jubilee Year".

He loved the old Francis House [where NFMS used to have its office] Christmas Parties when all the arts organisations teamed up for one big party, he was never afraid to enjoy good food and wine.

On the retirement of Roderick Wylie as Chairman he wrote an unaccompanied part song which was performed at a conference (in York I think).  The final line is "And always a full glass - Roderick!"

The year he became President, Max invited me to Hoy for a visit to explain to him what the role of the President was. That's quite a journey from London, two flights and a ferry.  It was like staying in an Italian restaurant for a week such were Max's great abilities in Italian cooking, learned from his landlady in Rome when he studied at the Accademia Nazionale di Santa Cecilia. Great music, walks, talks and always the sound of the sea in my ears, of course such a huge inspiration to Max.

I asked him once to write an equivalent of Haydn's Seven Last Words from the Cross.  Haydn wrote the original orchestra version and then arranged the work for string quartet and a choral version known as The Passion.  I thought it would be marvellous for all NFMS members to be able to sing, play and program the work in its three forms. He loved the idea but said it was too hard a project!

I became Chairman when the future of the NFMS was very bleak and we were being deserted by some who presumed we were a sinking ship.  Max’s willingness to come on board at such a difficult time was the measure of the man – he really understood and appreciated the role of the amateur musician whether it was singing, playing an instrument or running a Music Club; involving everyone in music making was his strength.  The breadth of his compositions bears this out.

Of all the giants of UK classical music, none was a more committed supporter of amateur and community music making than Max. Often to be seen at amateur concerts and events, he had a genuine belief in the fundamental importance of grass roots musical activity and a real love for the amateur musician. His loss will be keenly felt by all those local musicians whose lives he touched, through his generosity of spirit as well as his phenomenal musical contribution.

Peter Maxwell Davis was a towering presence in British musical life. Through his generous patronage of Making Music over many years he shared with us his vision and dedication. Along with all musicians, we shall miss him.

Making Music has one further legacy from Max – his contribution to a recipe book, compiled from well-known musical figures and published by Making Music in 2005. He describes his recipe for Swan Terrine made with whooper swan, the visitor to Orkney from lands further north. Max claims ‘one occasionally commits suicide taking off or landing on the overhead cables running parallel to the shore’. Whether his contribution to the book is in any way connected to his caution, in 2005, for possession of a swan corpse, we cannot say.

Making Music
News
Volunteer awarded prize by Making Music President...
Making Music is delighted to announce that volunteer Holly McEleny has been awarded the 2018 President’s Award for her exceptional service... 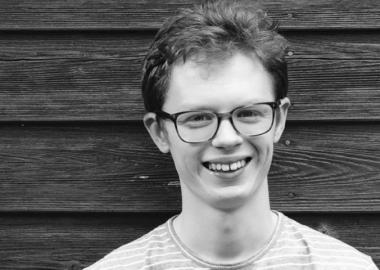 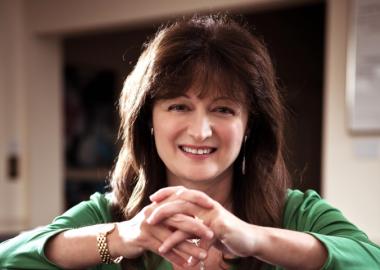 Making Music
News
Debbie Wiseman OBE appointed President of Making...
Making Music is thrilled to announce that one of the UK’s most successful music ambassadors has been appointed as its first female President.... 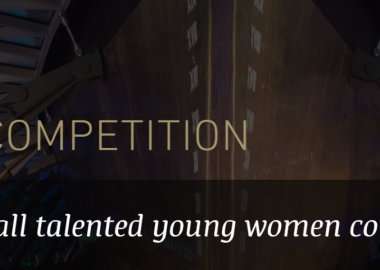