Welcoming beginners and less experienced musicians into your group

Many of our member groups are ‘mixed ability’, which means that people of any standard can join in – from complete beginners to advanced musicians. The challenge for these groups is how they keep things interesting enough for more advanced players, but at the same time don’t leave beginners feeling all at sea.

When it comes to integrating beginners and less experienced musicians into your group, there are a range of approaches to choose from to help them feel comfortable and able to ‘hold their own’ during rehearsals and performances. You can choose some or all of these to help them get to grips with the music.

Before the first rehearsal: be clear and transparent

If a beginner or less experienced musician has contacted you about joining your group, they are probably nervous about being able to cope and don’t know what to expect. You can help to reassure them before they even make it through the door.

Finally, if you say that you are a mixed ability group open to anyone then make sure you mean it. If there is an expectation that someone can sing in tune, or read music, or that someone can play certain notes on an instrument, then already you have set some criteria for joining.

Who decides whether those criteria are being met, and what do you do if they are not? If you do have any criteria, then make sure this is made clear to any new enquiries – it can be off-putting to turn up to a rehearsal thinking it won’t matter how good (or bad!) you are, when in reality there are some expectations to be met.

Make them feel part of the group

This is important for any new member but even more so for someone who feels that they are not up to standard. If they find themselves in an environment which is friendly and supportive, they are more likely to ‘stick it out’ and have a go.

Ensure any new person is greeted as soon as possible and made to feel welcome. If appropriate, you might want to ask them about their previous history – how much playing/singing have they done before? Have they performed in a group before? Do they know what voice type they are? (remember that they might not know there are different voice types!) Do they want to join in straight away, or just listen? Asking these questions will help you decide where they should sit for their first rehearsal.

Once you have established where in the group it would be best to position them, give them a ‘buddy’ to sit next to who will look after them for the whole rehearsal. Choose someone who you know will be welcoming and friendly, who will be patient and help explain things. Perhaps you might consider allowing your new person to try out different parts during the first week or two, until they find the part where they are most comfortable.

Make sure your new person is included in conversations and activities during the rehearsal break, and that they are introduced to more people – not just their ‘buddy’. Introduce them to the M.D. too, so that they can have an informal chat together about the musical expectations of the group. Ideally, your M.D. should always be available to talk to beginners and less experienced performers in order to work with them to find solutions for coping with rehearsals.

Make sure you nurture all of your members regardless of their standard – remember that people come along to your group to enjoy the music whilst having a good time. If they are in an environment where they feel happy and supported, they will learn and develop their musical skills naturally.

Have a plan for accommodating them during rehearsals

Your M.D. will be in charge of making sure that rehearsals are inclusive for people of all standards, and so for many of the following tips it will be more appropriate for the M.D. to take the lead. Talk to your M.D. to make sure that you have a system in place for welcoming and including those who are less experienced – and make sure that anyone who communicates with potential newcomers knows what that system is so that they can reassure anyone who is enquiring.

Provide extra support outside of rehearsals

Turning up to a group for the first time as a complete beginner can be daunting, particularly if the pace turns out to be different to what they expect. In addition to being welcoming and accommodating during rehearsals, your group could provide some extra support for beginners to take advantage of outside of rehearsals.

If it’s not working out…

So you’ve made your beginner musician feel welcome, you’ve accommodated them during your rehearsals, and you’ve provided extra support outside of rehearsals – but still they’ve decided you are not the group for them. What else could you have done?

The answer is probably nothing. There will always be people – of any standard – who feel that your group is not a good fit for them. Ask them for feedback, but remember that they may be unwilling to give it. Thank them for coming along and trying you out, and try not to take it personally. So long as most of your group are happy and enjoying themselves, then you must be doing something right. 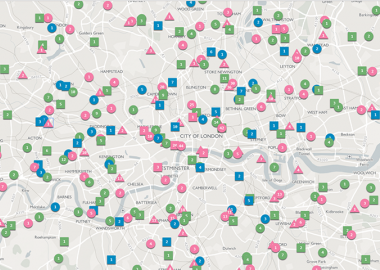 Making Music
News
Map your music in London
The map is the first-ever of its kind that covers music facilities across the city. By taking into account music venues, recording...