Last Tuesday, we welcomed our adopted composer Aileen Sweeney, and our Making Music Adopt a Composer mentor David Horne, to our weekly choir rehearsal. We began with our usual ten-minute vocal warm-up, after which Aileen took over at the helm. She had an idea that she wanted to try out with the choir, which was to create a multipart-canon based on snippets of the Scottish folk tune, Loch Lomond.

She started by teaching the choir a rhythmic exercise, splitting us into four groups with each clapping on a different beat of the bar. Group A clapped every three beats, group B every four, group C every five and group D every six beats. The choir took to this very easily, so Aileen gave out copies of Loch Lomond arranged for SATB (with no words!) and separated into two bar phrases with a pause in between each phrase. After going through each part with each section we tried to put it together. The choir managed brilliantly and so Aileen began to split them into mini choirs.

By the tea break, there were three choirs singing simultaneously, each with their own conductor (Aileen, David and I) in three different tempi. It produced a wonderfully atmospheric sound and was rather impressive considering it had taken only 45 minutes. We are all looking forward to what will happen next in the process! 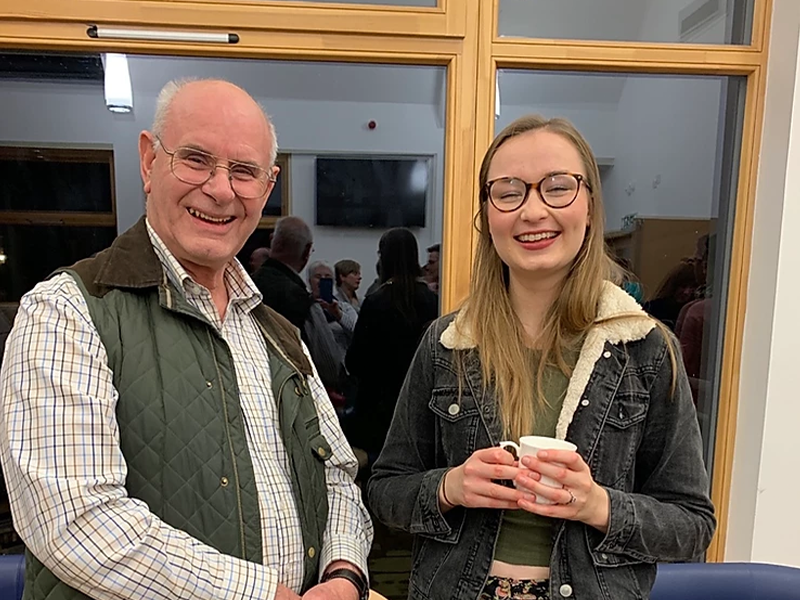 On 2 February I headed to London for a workshop for music directors of groups participating in the Adopt a Composer project. There were about ten of us present, and in the morning session we heard from previous Adopt a Composer Musical Directors Donald Halliday, from The Singers in Durham, and Lindsay Stone, from The Fretful Federation Mandolin Orchestra in Brighton. We also heard from composer Anna Appleby, who was previously paired with Glasgow-based orchestra, The Merchant Sinfonia. They all spoke about the benefits of the project, and how their groups reacted to each milestone, how their timelines worked, any issues that arose and how they dealt with them. We also talked about how the recordings will take place.

The day provoked a lot of thoughts and ideas. There is no one way to accommodate a composer and the options are limitless when it comes to writing a piece of music. It was particularly interesting to hear about Anna’s experiences composing for leisure-time groups versus professional groups – it sounded like she much prefers the former!

The day provoked a lot of thoughts and ideas. There is no one way to accommodate a composer and the options are limitless when it comes to writing a piece of music.

After a lovely lunch chatting to other participants, we divided into an orchestral group and a vocal group to continue discussions; this time led by Adopt a Composer mentor, Jenni Pinnock. Some of the ideas that came up included getting professional photos of the premiere, performing on stage or processing in or out to the music, performing the piece as a whole or interspersing movements with other repertoire, having a presenter for the concert, or an introduction by the composer at the premiere or even at a previous concert. A previous group had set up a Facebook group for members to keep in touch with the composer and had put a vlog on their website.

I was inspired to meet soon with Aileen and listen to broadcasts of last year's projects on BBC Radio 3. All in all, a really useful day!