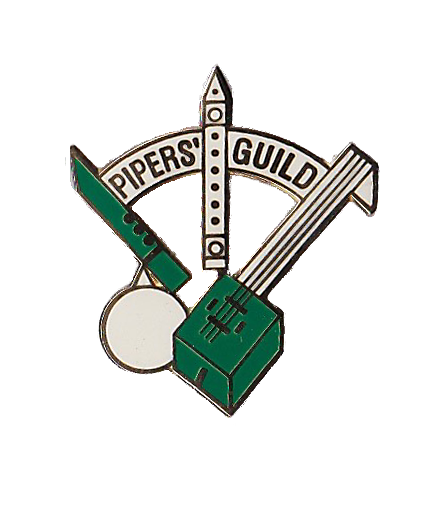 A teacher, Margaret James established The Pipers' Guild in 1932 “in the belief that over-specialisation and machinery have grown to a degree where the arts and crafts have lost their rightful share in our lives. Handicraft, design and music-making are natural to us, and whether we come to the Guild from an interest in the fields of craft, music or design, we will find pleasure in all three”. Ralph Vaughan Williams was a great champion of the bamboo pipe and composed several pieces of music for pipes. He was elected President of The Pipers' Guild in 1933 and encouraged members particularly throughout the war years. The current President is Joris van Goethem, who was elected in 2018.

The Guild's purpose is to encourage people to enjoy making, decorating and playing bamboo pipes; and to further the craft of making, playing and decorating pipes. Membership is open to anyone who has made their own pipe, is in sympathy with the objects of the Guild; and agrees to abide by the basic principle that pipes should be hand-made with simple tools and should not be bought or sold. All members of The Pipers' Guild therefore play on instruments they have made themselves. Bamboo pipes are made in a range of sizes similar to recorders, and there is a large repertoire of music composed for pipes. There are Pipers' Guilds in 12 countries which are all part of an International Federation. International summer schools are held every 5 years in one of the member countries; the next one being hosted by the Dutch Guild in 2021.