The awards celebrated leisure-time music groups and their activity across the UK, alongside the often-unrecognised talent that helps the sector flourish. Although the ceremony was held online, it was wonderful to see so many people dressed up for the occasion! Making Music President Debbie Wiseman OBE presented all of the awards, and highlights from the evening are now available to watch on our YouTube channel.

More information on all of our award-winners can be found below:

Eclectic Voices are a North London choir who sing a broad mix of music. The judges were very taken by Aleksandar’s outstanding original voice as he engaged closely with the choir, adapting to their needs and technical abilities. The choir themselves clearly enjoyed the process and performing the resulting piece, Hymns of the Night. Aleksandar Kostić and

Sheffield Philharmonic Orchestra was founded in 1945 and performs music from the classical, romantic and modern periods. The judges were thrilled with this arrangement of Clara Schumann’s Quatre Pièces Caractéristiques, which they felt recreated a romantic piece without becoming pastiche, producing a valid new work for orchestral repertoire. They highly commended George’s skilful orchestrations for all classes of instrument as challenging and successful in engaging all musicians.

Best project with a focus on new music

Kirkcaldy Orchestral Society was founded in 1875 to offer musicians from Fife, and beyond, the chance to explore different styles of music. The society has been working with schools for a number of years, but last year’s composition project was a little different. Musician John Gourlay mentored students in composing over the course of a term. Kirkcaldy then played some of the students’ compositions at their next concert, demonstrating the benefits of community music on local education.

Streetwise Opera is a performing arts charity for people affected by homelessness, which runs singing and creative workshops in homeless centres and arts venues across England. The group, who organised a 12-hour Singathon last October, submitted a photo full of energy and passion, encapsulating their spirit. Judges felt the hands entering from the sides added to the drama!

Blackpool Symphony Orchestra was founded in 1921, working to promote music through local schools, arts organisations and educational outreach projects. The public voted for the orchestra’s lockdown rendition of ‘Over the Rainbow’ as their favourite performance from our Virtual Concert Series. Composer in Residence Edward Rugman arranged the music for the group, who will be performing the piece live in one of their centenary concerts next year.

As one of Making Music’s longest-serving volunteers, Elaine received this award for exceptional commitment to the organisation. She has worked with us since 2006, serving as a Member Contact Volunteer and forming part of the Listening Panel, who help choose musicians for our Selected Artists Guide.

Having taught and conducted in Coventry for over 50 years, Vilma received this prize for her outstanding contribution to community music. Throughout her career, she has raised over £40,000 for local charities.

The evening also featured performances from our Philip & Dorothy Green Young Artists, which are now available to watch. The winners represent the best of the UK’s young musical talent, as well as providing Making Music member groups with an affordable way of booking top-flight soloists for performances.

Find out more about all of the awards Making Music presents. 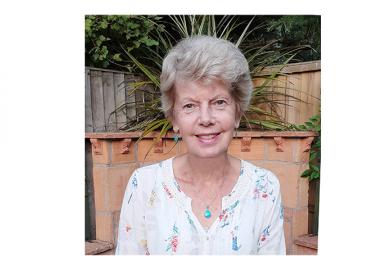 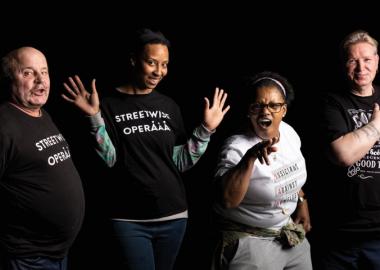