Composer of such popular favourites as The Lark Ascending and Fantasia on a Theme by Thomas Tallis, which define an unmistakably British sound, Vaughan Williams’ extraordinary impact on British music cannot be underestimated.

In a long and productive life, music flowed profusely from RVW’s creative pen. There was hardly a musical genre left untouched or unenriched by his work, which – in addition to nine symphonies; concertos for piano, violin, oboe and tuba; five operas; chamber, ballet and film music, as well as a large body of songs and song cycles – also includes many arrangements of folk songs and works for brass bands.

His tireless work collecting and preserving English folk music places him at the very heart of the country’s musical fabric.

Together with Gustav Holst, whom he met while studying at the RCM, Vaughan Williams created a new home-grown musical idiom through his discovery of old English folk and church music. From 1903, while also serving as editor of The English Hymnal (1904-1906), Vaughan Williams gathered and published over 800 country tunes, and a collection of sacred vocal works from the 16th century to the early 1900s. He contributed several original pieces to this set, in which he experimented with Elizabethan modal harmony within a modern framework. His tireless work collecting and preserving English folk music places him at the very heart of the country’s musical fabric.

Under the banner of RVW150 and coordinated by the Vaughan Williams Charitable Trust (VWCT), a comprehensive programme of Vaughan Williams’ works of all genres and for all abilities will be presented throughout the UK and internationally starting from the spring of 2022 and continuing through his birthday in October until the end of the season in 2023. In addition to the full support of the BBC in its many different forms, amateur and professional forces will be presenting their own celebrations in schools and churches, concert halls and festivals including a project to encourage choirs to sing RVW hymns in every church on the weekend of Sunday 9 October 2022.

If your group is thinking about performing any work by Vaughan Williams, browse his complete catalogue, together with the relevant publisher

We are keen to hear from all groups who want to be part of RVW150. We can offer advice and ideas, and are aiming to create connections between initiatives. To discuss how to get involved, please get in touch via the contact form on the VWCT website

Find out about more musical activities for your group 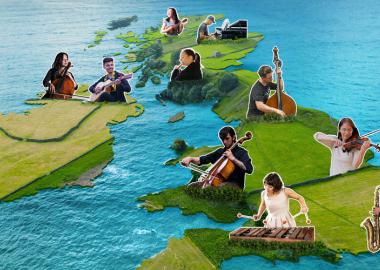 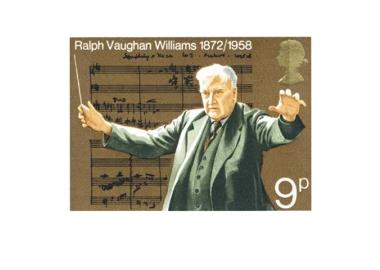 Making Music
News
Celebrate the 150th anniversary of Ralph Vaughan...
2022 marks 150 years since the birth of Ralph Vaughan Williams, one of the most influential composers of the 20th century.Here is a list of...

Making Music
News
Make Music Day Evaluation 2020
In normal years, Make Music Day may be seeking to turn the countryside and the city centres into one big orange musical celebration, but of course...