Been there, done that, got the T-shirt… or that’s what you think.

Since March 2020, if you’re in a music group, like me you have probably sung into a silent microphone on Zoom, recorded yourself playing into your mobile, whilst connected by earplug to a different device for the backing track, tried to get the lighting in your living room to make you look less bleached out/zombie-like/barely discernible in the shadows, and despaired at ever getting one whole take of 'Bring Me Sunshine' without mistake. Right?

Meanwhile, the ‘volunteer’ (who has fiddled for hours with 29 different soundtracks completely unaligned to 38 videos on software they’ve never seen before) putting these efforts into one piece is probably by now ready to take a degree in music production, with the amount of time they’ve put in.

…whilst the MD is having a quiet breakdown about all of our musical fitness and wondering how s/he’ll ever get us back to some kind of acceptable noise-making...

We’ve been hearing that singing groups are getting tired of Sibelius-created backing/click tracks and instrumental groups have had enough of endlessly wrestling on their own with their usual music. So - how about a collaboration?

Some of you have probably already done that – I am thinking of the Snowman contribution to our Christmas Virtual Concert. But then that was with only one singer. Wouldn’t it be great to record a band or orchestra for a choir to sing to? Choirs would get to hear the lush sounds of a real ensemble again, and instrumentalists have renewed motivation to get the angle right from which to record the clarinet.

That’s one thought to keep you occupied during lockdown no. 453. The other is to experiment with some of the software now appearing that does allow you to play together online.

By all accounts, it’s not easy to set up and get going – which is why we’ve commissioned digital producer star Leon Gower to create a new resource about Jamulus and Jacktrip, the two most popular ones right now. And there are a couple more to look into as well. But once you get them going – and let’s be clear, I haven’t heard yet that a choir of 100 has used them, but 16 members of an orchestra have! – they actually seem to work.

That’s your second challenge then, whilst you’re still confined to home and the weather is rubbish.

"But personally I do also so much look forward to seeing and hearing fellow band members again in real life. Let’s hold tight, it feels like we’re nearly there!"

In any case, we won’t get clear of the online world for months – if ever. It might well stay a big part of our musical life going forward, and perhaps that will be good, maybe allowing more people to get involved, and new people.

So if you haven’t yet, get that mobile or other device out and start experimenting, you won’t regret it. And I hope that Making Music has all the resources you need to get you going and keep you discovering new tools and new skills.

But personally I do also so much look forward to seeing and hearing fellow band members again in real life. Let’s hold tight, it feels like we’re nearly there! 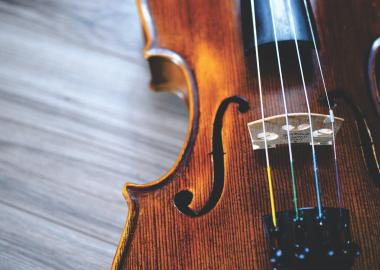 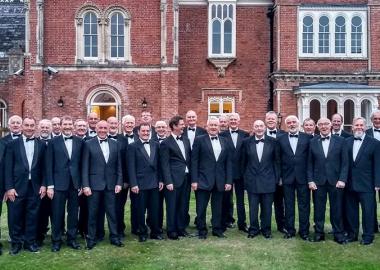