Not all music awards are relevant to amateur groups, but there are some New Year Honours, possibly less in the limelight, worth celebrating

The New Year’s Honours list, as usual, includes a number of musicians, the most prominent of which – David Joseph, Chair and CEO of Universal Music; pianist Radu Lupu; conductor Steuart Bedford; violinist Alina Ibragimova; composer Damon Albarn – have received much press coverage already. So let us turn to the less well-known.

The only member we have spotted so far is Lynda Jeffrey, founder of the Stenton Singers in Dunbar, East Lothian who receives a Medal of the Order of the British Empire. If any other members are celebrating an honour, please do let us know so we can share the good news!

Many will have heard of Leslie East, former Chief Executive of the Associated Board of the Royal Schools of Music (ABRSM), receiving an OBE ‘for services to Musicians and Music Education’,. Leslie is still heavily engaged in music in his ‘retirement’: chairman of the Association of British Choral Directors (abcd), trustee of the London Youth Choir, and chairman of the City Music Society, a promoting group, amongst other commitments.

Possibly known to some of you is Carolyn Baxendale who receives an MBE for services to music and the community in Bolton. Carolyn runs the Greater Manchester Music Education Hub which has been praised as one of the most successful of the new music education hubs.

Definitely a name to recognise for those in Leicester is that of Adrian Wills, Head of the Library Service, who receives an MBE for services to the community in Leicester. With drastic cost reductions to implement, Adrian first came to our notice through the original proposal for changes to the Leicester Music Library. Having engaged with feedback from stakeholders including Making Music, Adrian was instrumental in bringing about – with colleagues in Nottingham – the new regional (Leicester/shire and Nottingham/shire) music library based in Nottingham which launches this week.

All these are important names, if less in the public eye, in terms of nurturing the grassroots of music, so congratulations to them and here’s to all the hidden volunteers, administrators, music educators and, yes, librarians who toil away week in week out all over the UK to make music happen. 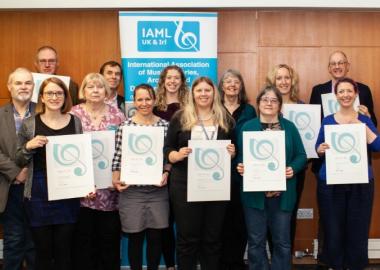 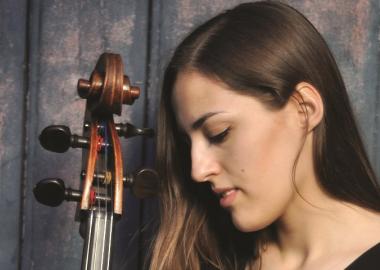 Making Music
News
Make your nomination for the 2016 Music Libraries...
Want to sing the praises of YOUR music library or music library staff, but don’t quite know how?  Well, IAML (UK & Irland), the...