An introduction to: Indian classical music

What is Indian classical music and how is it different to Bollywood or Indian folk music? What are all the different instruments used and where can you go to try listening to it or playing it yourself? Seetal Kaur of member group, the Sitar Music Society, gives us an overview.

What is Indian classical music?

Indian classical music is a rich tradition that originated in South Asia and can now be found in all corners of the world. It’s origins date back to sacred Vedic scriptures over 6,000 years ago where chants developed a system of musical notes and rhythmic cycles.

In this way, Indian classical music is very closely connected to nature, taking inspiration from natural phenomena including the seasons and times of the day to create ‘ragas’ or musical moods and many time cycles or ‘taals’ that have been further codified.

Compositions are fixed but most of the music is improvised within the structure of notes and mathematics. This gives the music a spontaneous freedom where each artist and every performance is ensured to be completely unique.

There are two distinct traditions that are generally geographically divided between North and South India. They have similar roots and concepts but their elaboration is beautifully contrasted and many different instruments are used.

Indian classical music is generally passed down in an oral tradition where the student would spend many years with their ‘guru’, developing a very special, spiritual bond, imbibing all aspects of the music along with philosophical and moral principles that shape them for life.

Now Indian classical music can be learned in many institutions and has been heavily documented and notated but learning through observation, listening and memory is still paramount and connecting with an expert teacher is considered the most fruitful way to learn.

What makes it different from other Indian music like Folk or Bollywood?

It’s all about the context and purpose. Folk music is generally performed at local celebrations and its focus is bringing communities together. Although it also has a rich historical tradition, the classical form has been codified, studied and elaborated upon in a very disciplined way. Classical music is inspired by folk melodies and forms but the majority of the repertoire requires more rigour and in-depth training.

Bollywood music has been very inspired by the classical tradition with many film songs having been composed in ‘ragas’ but it’s purpose is mainly for entertainment and excitement whereas many classical musicians will say that their music is for enlightenment instead.

Bollywood song from the film Devdas

Which instruments are used in Indian classical music?

Many different instruments have been used and developed for Indian classical music such as:

Sitar - The sitar is a plucked stringed instrument used in Hindustani (North Indian) classical music. The instrument flourished under the Mughals and it is named after a Persian instrument called the setar (meaning three strings). The sitar flourished in the 16th and 17th centuries and arrived at its present form in 18th-century India. It derives its distinctive timbre and resonance from sympathetic strings, bridge design, a long hollow neck and a gourd-shaped resonance chamber.

Tabla - The tabla is a membranophone percussion instrument originating from the Indian subcontinent, consisting of a pair of drums, used in traditional, classical, popular and folk music. It has been a particularly important instrument in Hindustani classical music since the 18th century, and remains in use in India, Pakistan, Afghanistan, Nepal, Bangladesh, and Sri Lanka.

Vocal – Many instruments aim to emulate the voice in their technique and expression. In both North and South India there is a strong tradition of vocal music ranging from extensive elaborations of ‘ragas’ to lighter songs and romantic or spiritual poetry.

Veena – The veena comprises a family of chordophone instruments of the Indian subcontinent. Ancient musical instruments evolved into many variations, such as lutes, zithers and arched harps. The many regional designs have different names such as the Rudra veena, the Saraswati veena, the Vichitra veena and others.

Mridangam – The Mridangam is a percussion instrument from India of ancient origin. It is the primary rhythmic accompaniment in a Carnatic music ensemble, and in Dhrupad, where it is known as Pakhawaj

Why do people love it?

Which artists should I listen to?

Performances take place in a chamber setting and focus on the solo performer, who is accompanied by a drone and rhythm. Melody, and the relationship between notes, is more important than harmony. An extensive system of ornamentations such as gliding, vibrato and oscillation – are used to embellish the melodic lines. In many cases, the performers will begin with a slow introductory section called ‘alaap’ and then gradually increase the improvisations and tempo with different compositions into a fast crescendo.

For access to tailor-made insurance, artistic opportunities, and advice and guidance on running your music group - join us! 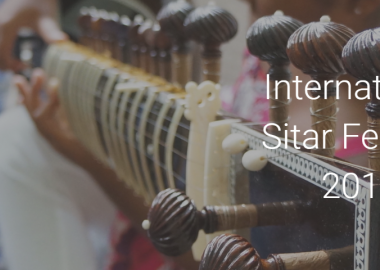