Adopt a Music Creator blog: Zooming towards an in-person return

Bury St Edmunds Concert Band trombonist Gary Hawkes pens a diary entry for Adopt a Music Creator 2020/21, again pondering how Litha Efthymiou's Zoom workshops have got him to reflect on his musicianship.

So here we are, back on Zoom to go through these findings with Litha. Everyone else, with a lot more imagination than me, doing some very strange things. Litha is getting very enthusiastic with each musician, taking what they’ve come up with and trying other things out – what is going on? Admittedly, I am thinking, ‘Where is this going?’

I’m last in the queue, seriously thinking I’m going to look like I have no imagination. Listening to everyone else, I’m beginning to have second thoughts about what I’ve picked. I go through my sounds. Litha picks up on the flutter tongue (well, who wouldn’t?) and singing while playing. After trying a couple of things, Litha asks if I can do all three, and starts scribbling notes.

As I said it’s not a sound, I’m just showing off with my party piece. Politely, Litha moves on… so, I do my ‘wah wah’ mouthpiece version of ‘Summertime’, which Litha starts taking notes on.

We move on to sounds from the body of the instrument. Again, everyone picks weird percussive sounds which Litha interrogates, throwing further ideas into the mix and continuing to scribble away. I present my sounds with some indifference. Quite simply, I don’t like the sounds from the body of my instrument – they’re annoying! But Litha clearly sees something different.

Finally, the mouthpiece. Now this I can relate to as I regularly play on my mouthpiece. I have this vision of all trombones getting up with just the mouthpiece for a solo. On one occasion I did just that at youth band with a trombonist, tuba player and trumpeter. We did a little mouthpiece jam for a minute, which was brilliant fun and sparked the young musicians’ imagination... sorry, where was I? I kick off with playing ‘Flight of the Bumblebee’. As I said it’s not a sound, I’m just showing off with my party piece. Politely, Litha moves on… so, I do my ‘wah wah’ mouthpiece version of ‘Summertime’, which Litha starts taking notes on.

We run through the pieces we enjoy playing and explain why we like them. It was insightful to see what the group picked, and Litha’s observation for this element was just to get a feel for what we enjoyed. I suppose most of them would have thought I’d pick a jazzy piece, but 'Amparito Roca' just stuck in my mind as an iconic opener. I play my favourite eight bars and talk through what I love about the piece.

It was a surreal, interesting and thoroughly enjoyable experience. It showed me that maybe I should pay more attention to music and look beyond my logical spontaneous approach, and start thinking about music as an experiment, trying different styles and sounds.

Finally, we go through the stories: something I haven’t thought a great deal about. I have an object and a story in my mind, but I wanted to see what everyone else came up with, so I could gauge if I’m in the same ballpark... not quite. People are coming up with pictures that either stir memories or are just about where they live. Now as much as I love Bury St Edmunds, I couldn’t think of a story that inspired me, changed me or affected me enough to be considered a big deal. Despite the fact that the one idea I had wasn’t really in the same arena, I decided to go with it anyway.

So I talked about an object that explained a lot about me. The object was a national karaoke competition runner-up trophy from 2005 and the story was how I fell out of love with playing the trombone in bands, gave up playing and how the turning point was winning that trophy.

So that was that: the end of the workshop. It was a surreal, interesting and thoroughly enjoyable experience. It showed me that maybe I should pay more attention to music and look beyond my logical spontaneous approach, and start thinking about music as an experiment, trying different styles and sounds. I can’t wait to see how Litha wraps up all of this insight and produces a piece for us! 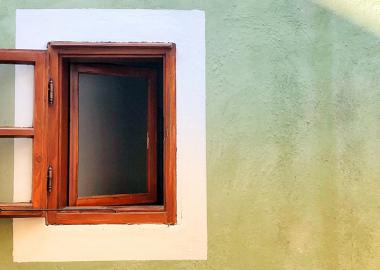 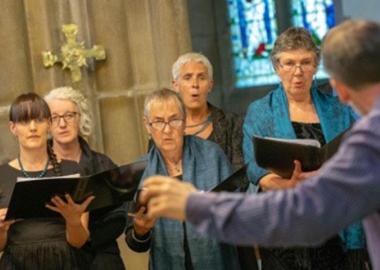