An introduction to: Pipe and tabor

In the latest in our 'An introduction to...' series that explores different types of music making we take at the long history of a unique instrumental tradition - Pipe and Tabor.

What is Pipe and Tabor?

As the name suggests, these are two instruments played simultaneously by one musician. This is possible because the pipe, (a fipple flute like the recorder or penny whistle) only has three finger holes, so can be played with one hand while the other hand beats the rhythm on a tabor. A tabor is a drum with two skins which is played with one hand, and usually has a snare on the batterhead. This combination has been around for centuries. A swan-bone three-hole pipe has been found at Avebury, dating from 2000BC, and the earliest depiction of one with a tabor is a misericord in Exeter Cathedral from 1240. 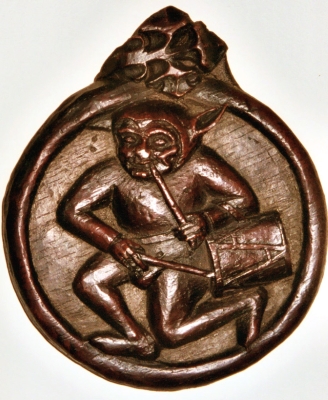 A misericord from Beverley Minster showing showing a pipe and tabor

Who Plays the Pipe and Tabor?

In mediaeval times, the pipe and tabor was an essential part of a professional musician’s kit, because it was the instrument of choice to accompany dancers. By the early 20th century it was only played by Morris musicians, and was saved from oblivion by the folk revival. Today, many players still play for the dance, but there is increasing interest in widening the repertoire. The player is called a Taborer, as he or she leads with the tabor.

Only three holes?  How many notes is that?

Actually, an octave and a half, all obtained by overblowing. That ignores the lowest four notes which are not practical to use. The pipe comes in different keys, the most common being in D, the same length as a descant recorder but playing an octave higher, which makes it a good outdoor Morris pipe! Lower pipes are more mellow, but the principal of overblowing to get the notes does not change.

Two instruments at once?  How hard is that?

At first it feels impossible! After a while it becomes easier as you get used to it. Then the joy is experimenting with your rhythm, and challenging yourself with mediaeval music in 5/4 or 7/8. Can you rub your tummy and pat your head?

Is it solo work or ensemble playing?

Taborers are scattered over the country and usually play solo, except for a couple of gatherings a year when they enjoy massed playing and some consort work. A group of tabor pipes on the Mary Rose leads us to think that historically they were sometimes played in consort, like recorders. 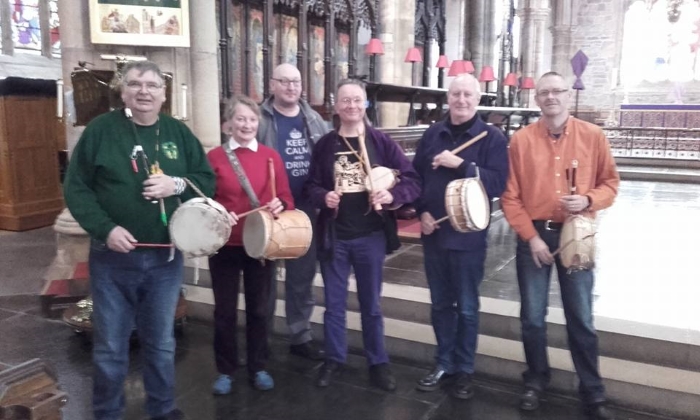 How can I get started with pipe and tabor?

A good place to start is to contact The Taborers Society (TTS) who can supply pipes and tuition. The society runs a festival every year with a symposium, has had a competition for new compositions, holds beginners’ workshops, welcomes overseas guests (who play their region’s version of a three-hole pipe), and this year will again be leading one of the wagons at the York Mystery Plays.