Adopt a Composer 2014, Michael Betteridge with the Cobweb Orchestra

Picture the scene: an unnecessarily rainy day in September, a community centre outside of Durham with many mining-related displays, and an eclectic combination of sheet music, musicians (and their offspring!) and instruments. It could only be one thing: a Cobweb orchestra rehearsal!

The final piece on my underground adventures with the orchestra is entitled Slated and is to be performed at the Honister slate mine near Keswick. A fantastic venue with a fascinating history this is the biggest underground ensemble to date with a large symphony orchestra performing in one of the cave's biggest caverns. My piece is a short, snappy affair that will be performed as the programme's finale accompanied by some obvious choices, ‘In the Hall of the Mountain King' by Grieg for example, and lesser known works by composers such as Charles Avison – an 18th century composer from Newcastle. This is my biggest, and most conventional, work for the orchestra thus far and I, personally, feel my best, both in terms of bringing out the talents of the ensemble as well as in terms of the musical narrative and structure. It is based around a simple, expansive motif that is slowly squashed and rhythmically diminished over the course of three minutes musically mimicking the metamorphic change of shale rock to slate. The final statement of the theme is punchy and muscular in total contrast to expansive opening version of the same motif.

As my tenure of adopted composer with the ensemble comes to its end I am naturally reflecting on my experiences with the group. But this particular rehearsal brought so many of my reflections into a sharp focus.

Firstly, as stated in previous blogs, Cobwebs is a ginormous organisation. They have several orchestras that meet weekly across the north, they have study days and residentials (in the UK and abroad!), and they do many, many other events and performances. It would be impossible to meet everyone even over the two years I have been involved. Yet everyone treats each other as total equals regardless of what they play, who they are and how long they have been involved, or how frequently they play with the group. However, despite always meeting new people, I also see familiar and friendly faces at every rehearsal and/or concert and definitely have people I can now count among my friends.

Also due to circumstances beyond anyone's control Cobweb's artistic director, Andy Jackson, is unable to conduct the concert, so a fantastic colleague of his, Peter Wood, has stepped in at short notice. What struck me that despite this change, the commitment and dedication of the performers to get stuck in and support each other by organising music, fixing players, sorting rehearsals, etc, has been phenomenal. The level of dedication to music making has been out of this world and truly moving.

I left the rehearsal with a massive smile on my face not only because I feel proud of my latest work, but also I feel a small part of a brilliant group of people who are quietly inspirational. Despite having had extensive experience working with amateur organisations prior to my adopt-a-composer experience, I feel that getting so deeply involved as a composer with Cobwebs has encouraged me to reevaluate my music making for the better.

But it isn't over yet! After Honister on Sunday, I am pulling together my four underground pieces to create an 'Underground Suite' to be performed at the Sage, Gateshead in December. It will be a spectacular finale to what has been a wonderful two years. I can't wait!

Find out more about the Adopt a Composer project and how you can get involved. 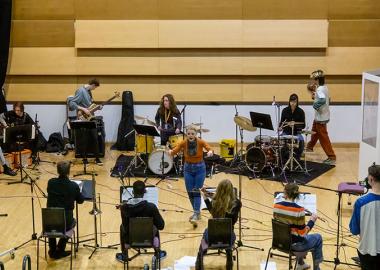 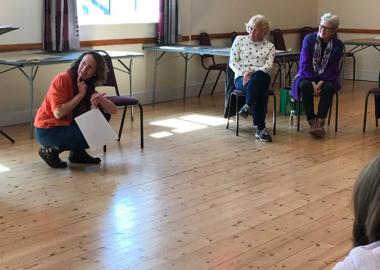 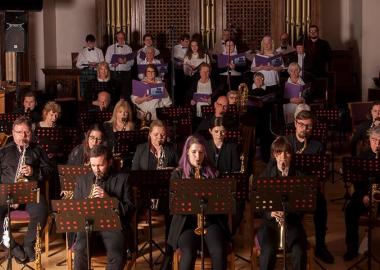 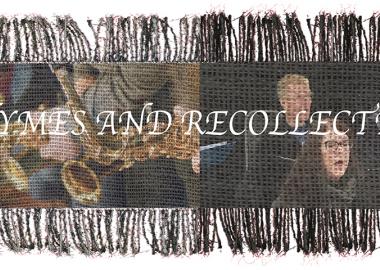