Neil Tòmas Smith reflects on the performance and recording of his Adopt a Composer pairing with Thame Chamber Choir.

It has been over a year since I first met the Thame Chamber Choir to discuss a new work as part of the Adopt a Composer scheme. Their first concert I attended was a programme of Purcell and his contemporaries interspersed with readings from Samuel Pepys’ diaries – the latter delivered with aplomb by Bruce Alexander. I was struck then by the skill of the choir and by the literary environment in which the concert took place.

This time, however, was a little different, as the programme also featured my own piece, The Thame Hoard, written in collaboration with the choir.  Old English, Middle English, Latin and musical quotation are fused to explore the past – and to point out that an experience of history always relies in part on the ideas and emotions of the present.

As a composer, a first performance can be a rather nervy affair. Though you should know the music better than anyone, there is still a nagging question as to whether the whole thing will come together – as well as perhaps the odd irrational premonition of disaster!

Thankfully, the choir put such anxiety to rest with a fantastic performance of the piece. The children’s voices of TCC2 also made an incredible contribution – it is they that have the final word as we hear a piece of chant from the back of the church.

Unexpectedly, this was not to be the only time the piece was performed that evening. Our recording engineer informed us that an over-zealous hearing aid rendered the first performance unfit for broadcast, leading the choir to gather after the concert for a rather more intimate rendition. Amazingly, this version was even better – with particular plaudits for the younger members of TCC2 whose bedtimes we were fast overshooting.

The piece firmly in the can, we could at long last retire to one of Thame’s many pubs for a well-earned celebration. I’ve learned a huge amount from the members of the choir and Duncan Aspden, their director, and the feedback from the good people of Thame and the surrounding area was very positive.

I hope above all that they have enjoyed this new music experience and will not be afraid to tackle new challenges in the future! 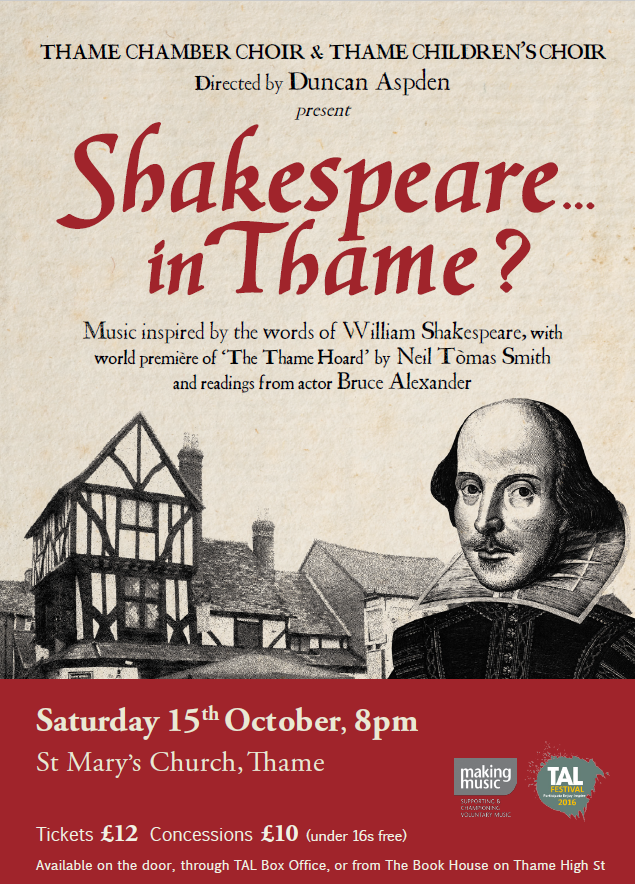 Find out more about Neil Tòmas Smith or listen to pieces from previous years' Adopt a Composer projects.