Da Capo Alba break after a run through of piece, 'Three Carriages'

It has been an exciting few weeks for Da Capo Alba mandolin and guitar orchestra on the Adopt a Composer project, as our composer, Nicholas Olsen, circulated the score and a midi file to all of us at the end of March. The reactions to this first listen to his composition, a three-movement work called 'Three Carriages' were universally positive:

“Just listened to this for the first time and I'm really impressed. I think that Nick has created something pretty special here.”

“It strikes a balance of challenging our thinking musically - but also still sits comfortably as achievable.”

“I get the 'Three Carriages'. In the first movement, I hear the hammering of rivets into rails. The second movement well portrays the speed and chaos of a runaway train. And the third movement is a convincing musical representation of the shunting of wagons in a yard.”

“It's great! It'll really suit our instruments, and I think that because it's different - unique, memorable and expressive - other mandolin orchestras will want to play it when they hear its premiere. It's an interesting piece, with a story, and one that people would want to hear again and again.”

We had a play through with our director and conductor, Barbara Pommerenke-Steel, in early April and then with Nick present two weeks later. There was so much enthusiasm for his work – it was great to see everyone so buoyed up by the composition and by their role in it. There were a few questions for Nick, one of which (a B/C♭ conundrum) he dealt with thus; “it’s a different note, but it’s actually the same note”. Indeed.

In anticipation of creating a vlog about the Adopt a Composer project, Nick invited questions from us about his role as a composer. That is certainly going to be of interest to all current and future participants in the project and we look forward to hearing his responses to our queries.

With Nick’s ongoing input and the enthusiasm of all our players to meet his aspirations for our work, I think we are guaranteed to produce a performance that will be both impressive and a joy to listen to in October. 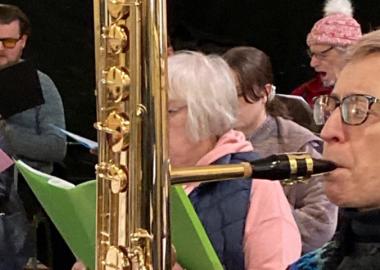 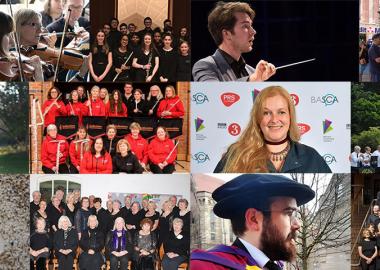 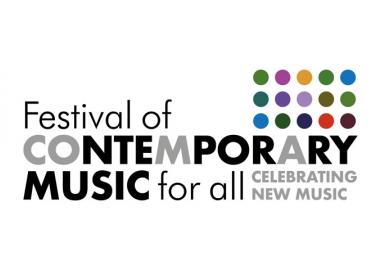