How to engage under-35s: Retention

This is the second set of recommendations drawn up following our research into young people’s attitudes towards making music. It follows on from the resource entitled How to engage under-35s: Recruitment.

Before moving on, think about why your current members are part of your group, and whether your group in practice matches up to how you are selling it in your promotional materials and on your website.

If there’s a big mismatch (e.g. you say the group already has a lot of young members and is very sociable, but in practice, your youngest member is 40 and you go to the pub once a term, or, you say players of all abilities are welcome, but in practice the pace of rehearsals is quite fast and needs people to be Grade 5 standard or above), new members are more likely to feel like they’ve been ‘mis-sold’ your group and less likely to return.

Assuming there’s a good match, the following suggestions may be useful:

The social element of being in a group is crucial. Good group dynamics don’t just happen by accident! Tuckman’s theory of group dynamics talks about groups going through various stages: forming, storming, norming and performing. Having an awareness of where the group is at, and helping them to move on through the various stages can help a strong and inclusive dynamic to form. Here are a few ideas you could try:

There’s a wide body of research in the field of education, psychology and social science on the importance of learning students’ names. Being called by your name sends out signals that you are recognised and valued as an individual within a group. Franklyn D Roosevelt and Bill Clinton were both said to be great at remembering names, and this ability is partly attributed to their presidential success. In a large group, it will be difficult for one person to know everyone’s name, but encouraging people to know (and use) the names of other people in their section is a good start.

“A person’s name is to him or her the sweetest and most important sound in any language.” – Dale Carnegie, author of How to win friends and influence people

5. Help people to feel confident in what they are doing

This partly relates to recruitment, and being open about what standard your members need to be. There’s no point in doing a big recruitment drive, recruiting lots of near-beginners, and then expecting them to be able to sight read and play to at least Grade 5 standard. People are most likely to feel confident when they’re in a group appropriate to their level of skill and experience.

6. Have a shared goal

Creating opportunities for the group to pull together and have something to work towards and look forward to has been proven to build a sense of team work, as well as leading to a sense of satisfaction in having achieved something. It can also help individuals to develop their musical skills, a factor that featured highly in our research in motivating young people to join a group.

7. Get people more invested and give them ownership

Give people a sense of ownership and a clear role within a team. If people feel like they’re a stakeholder and have a clearly defined role to play, it can help people feel embedded within a group, and more invested in seeing the group thrive. When the group does thrive, people will feel a sense of pride in having been part of making this happen: win-win!

The role someone takes could be big or small, formal or informal, anything from committee membership, to being the one who rounds up people to take them to the pub at the end of a rehearsal. Make sure you show appreciation, whatever the role is.

Be careful not to make people feel ‘put upon’ however. Being given a role you don’t really want to take on can lead to guilt and resentment and could end up having the opposite effect to what you are trying to achieve.

View the first resource in this series: on how to find and recruit young members. 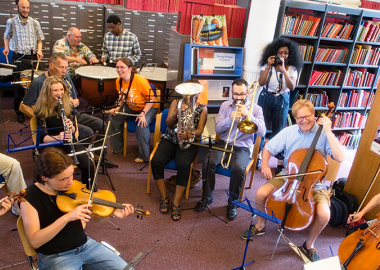 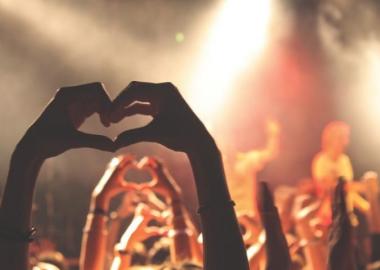 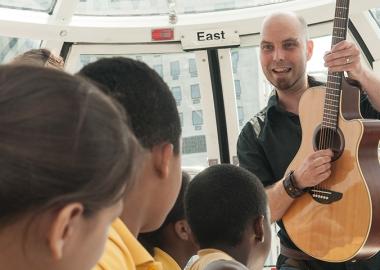